The EDGE District can be described as a walkable, dog-friendly place with a mix of funky drinking, dining and shopping establishments – but that doesn’t quite do it justice. That’s because the EDGE District is just so cool and ever-changing. Yes, there are the local landmarks, such as Tropicana Field, Ferg’s, Green Bench Brewing, Bodega and Dr. BBQ. But this district is always evolving, and that means there's something new and interesting to experience every time you visit.

The EDGE District plays host to Tampa Bay Rays games (the Trop is part of the backdrop here, after all) and boho flea markets alike. Some of St. Pete's best-known murals are here, so keep your phone handy to take photos.

Whether you head east or west along Central Ave. or First Ave. North, you can explore ultra-cool shops such as Bohemian Reves, Sans Market, Ashe Couture and Matter of Fact. 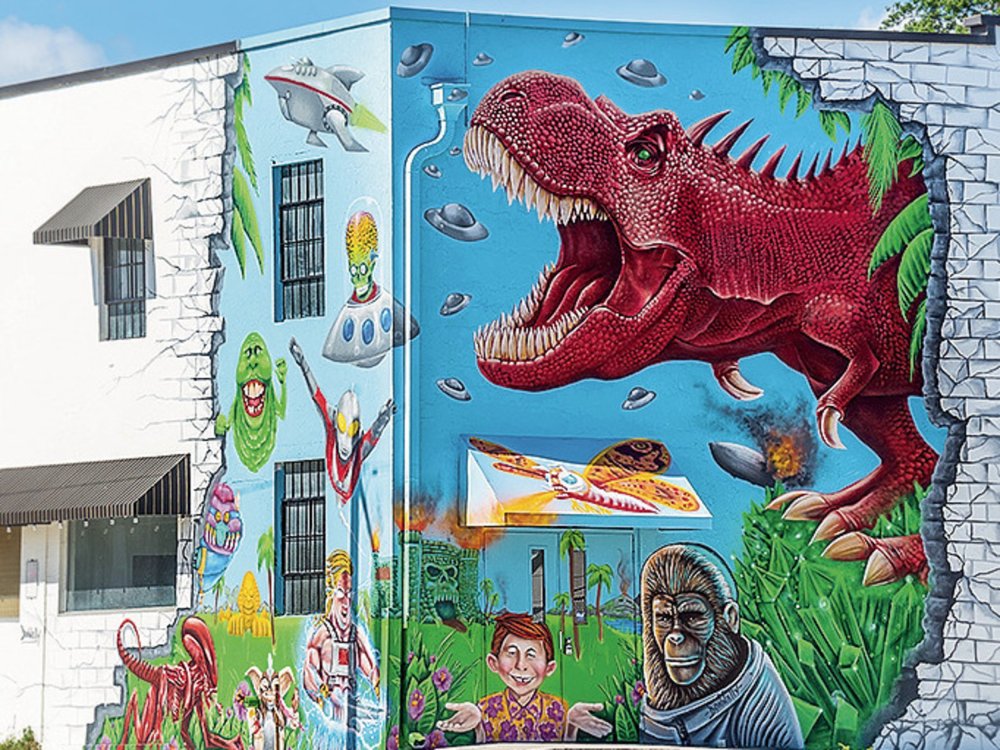 Murals in the EDGE District

The EDGE District is known as one of St. Pete's coolest places. No surprise, then, that it has some of the coolest murals around.

Where to Eat & Drink

The EDGE District in Photos

The EDGE District goes from Dr. Martin Luther King Jr. Street west to roughly 16th Street, between First and Second Avenues North and South. You’ll know you've arrived if you see the massive stone sculpture at the center of a roundabout that looks like a sun made of runestones.

It’s quite walkable, but you can also rent a bike or scooter, or hop on the Central Avenue Trolley to get back and forth. There’s plenty of parking on Central Ave. as well as First Avenues North and South.

Check out some of the unique businesses in the EDGE District on our map, below!