With its crystal-clear waters, miles of white sand beaches, diverse wildlife and interesting history, this National Wildlife Refuge is a true escape.

About half of the 280-acre island is reserved for wildlife, though you’re likely to see plenty in the areas where humans are welcome, too. Between 1,000 and 1,500 gopher tortoises roam the island and, typically, 30 to 70 loggerhead sea turtles nest here each year.

The southern part of the island—about 97 acres—is a dedicated bird sanctuary. On your visit, you’re likely to see some of the island’s 117 species of nesting, migratory and wintering birds, including osprey, brown pelicans, royal and sandwich terns, laughing gulls and black skimmers. Visit between April and August to experience the sights and sounds of literally thousands of birds roosting together. (Please respect wildlife and nesting areas and keep a comfortable distance.)

Although you won’t find any contemporary man-made structures on the island, there are some interesting historical ones: the ruins of Fort Dade (a military garrison built during the Spanish-American War in 1898) and a working lighthouse that’s more than 150 years old. The lighthouse is a relic of the prominent role the island played in Florida’s Seminole Indian War in 1854 as well as the Civil War. Immerse yourself in the island’s rich past by walking around Fort Dade, including a carriage brick road, sidewalks, gun batteries and a guardhouse.

The guardhouse building has been restored to serve as a visitor center and small museum (hours are sporadic). Learn more about the island’s environment and heritage through wildlife and history exhibits here.

More Fun Things to Do

Sunbathe and swim, stroll on the beach searching for shells and snorkel around the submerged historical batteries of the fort. There are plenty of shady paths to explore and photograph, too.

Getting to Egmont Key

Take the Egmont Key Ferry from the Bay Pier inside Fort De Soto Park to the island (as of early 2023, the Bay Pier is under construction, so ferries leave from the boat ramp, located on the right soon after you enter the park). Plan on starting your wildlife viewing from the boat – dolphin sightings are common. It’s best to book in advance. See the roundtrip schedule and make a reservation here. You can also book a snorkeling cruise through the Egmont Key Ferry, with rental masks, snorkels and fins available.

The Pelican offers daily boat tours from the St. Pete Pier in downtown St. Petersburg. The four-hour excursion includes two hours on the island for snorkeling, exploring and relaxing on the beach.

Another option is the half-day Egmont Key Dolphin Cruise, a dolphin-watching and snorkeling cruise that departs twice a day from Gulfport. 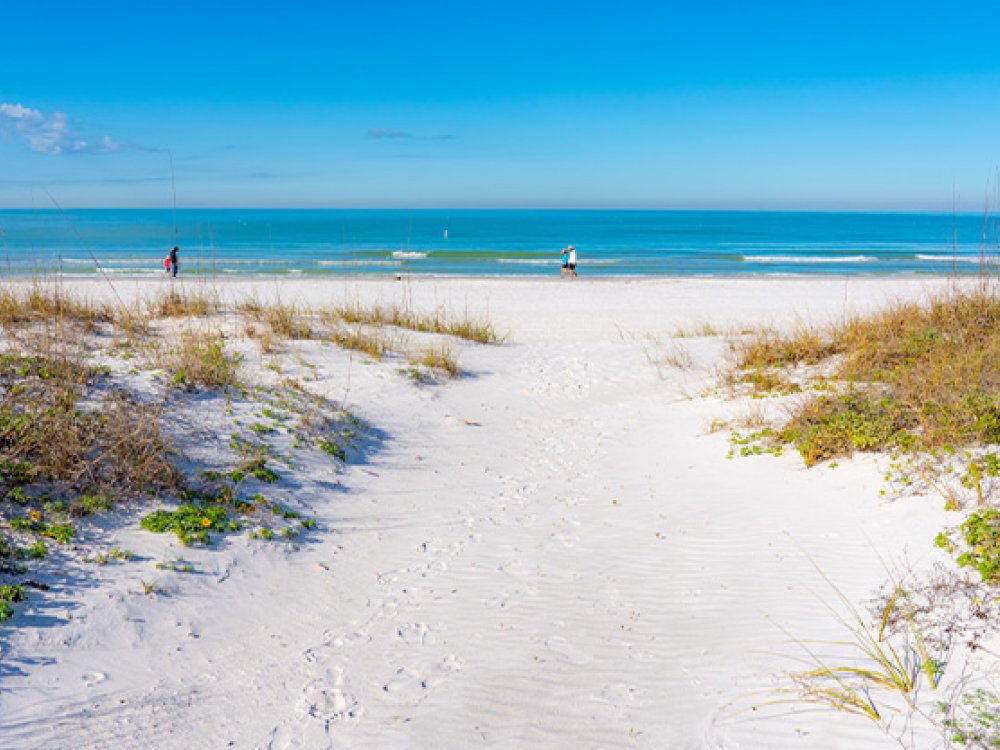 If quiet, uncrowded coastlines are what you crave, these secluded shores offer a laid-back beach escape.

The Museum of the American Arts & Crafts Movement